How Workplace Gender Equality is Essential to Development

Every year sees the release of multiple new studies analyzing the staggering gap between genders and emphasizing the continued disparity between men and women in the workplace. These reports highlight the discrepancies in salaries and also the continued lack of female representation at the C-suite level. 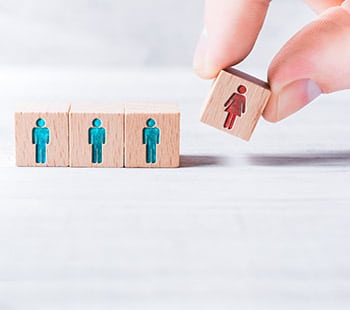 Every year sees the release of multiple new studies analyzing the staggering gap between genders and emphasizing the continued disparity between men and women in the workplace. These reports highlight the discrepancies in salaries and also the continued lack of female representation at the C-suite level. The necessary journey towards gender parity in the workplace continues to be a long and sometimes arduous one, but progress is happening… albeit slowly.

The fact is, there is a clear economic benefit to achieving gender parity. Beyond them representing close to half of the global population, women also contribute 37% to the global economy. It is worth noting that this ratio falls when it comes to developing countries. The benefits of gender parity have also been seen as conducive towards workplace performance; a recent report by Accenture found that 83 percent of women and 67 percent of men employees today increasingly care about workplace culture and believe gender equality to be key in helping them to thrive.

The United Nations’ Sustainable Development Goal 5 is centered on women emerging as a key differentiator of the development paradigm. No one says it better than Lise Kingo, CEO, UN Global Compact – “Gender equality is not an evolutionary process; we have to spark a gender equality revolution”.   What clearly cements this perspective is the stark reality that indeed women rarely have the opportunity to start on an equal footing as their male counterparts. Underpinning this problem are deeply-rooted social and cultural barriers that foster inequality, social prejudices and discrimination that make women vulnerable. This is especially true in the case of women in regional, rural, and remote communities. Being able to address such unconscious biases, not only in the workplace but throughout society, is crucial to facilitating a blanket approach that fosters equity and in turn creates more opportunities for women to break the glass ceiling.The good news is that globally, cultures and societies are realizing the need for change, and this is impacting workplace dynamics as well. The global workforce is beginning to identify the business benefits of diversity and gender balance. Companies that foster equality have a chance to choose from a wider talent pool, thereby gaining a competitive edge over those that don’t. A diverse workplace leads to higher job satisfaction, which, in turn, increases employee engagement and performance. Gender cohesion at the workplace enhances viewpoints and ideas, enabling better problem-solving. It also helps to boost women’s rights and expand their social networks. Employee retention also benefits from inclusivity, as companies with a more gender-balanced workforce have recorded lower staff turnover rates. Such companies, as many studies have shown, typically outperform their peers, drive greater earnings, have better governance, and boast more innovation. Bottom line: gender diversity is good for business.

This has a cascading social effect as well – empowered women will invest more in education and ensure an improved livelihood for their children. They also reduce gender imbalance or discrimination at home or within their social groups, by ensuring that girls too get equal opportunities when it comes to education and work. Equitable and inclusive work environments enable both women and men to have equal opportunities to contribute, benefit and reach their potential.

Underpinning this rationale is the fact that women comprise 50% of the global working population. Ensuring that they achieve their full economic potential has clear economic outcomes. In fact, a study by McKinsey Global Institute states that the benefits of greater gender balance can add as much as US$12 trillion to the global GDP by 2025. It even claims that if women were to participate in the economy to the same extent as men, the global GDP could increase by US$28 trillion by 2025. Gender equality is not just an essential human right; it is a fundamental element of the foundation for a prosperous and sustainably developed world.