Mentorship: A Fast Track for New Pool of Women in Finance

LinkedIn’s labour market update for July revealed much welcome news this summer. It appears that the women hiring rates that had dipped during the early stages of lockdown had subsequently followed a U-shaped trajectory before making a full recovery in June and July. 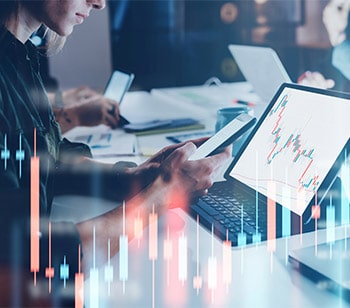 With the exception of manufacturing, female representation across industries rose during the lockdown and continued to rise in subsequent months. According to Pei Ying Chua, Asia-Pacific lead economist at LinkedIn, “The lockdown, which promoted acceptance of the work from home concept supported by flexible work hours, has emerged as an opportunity for women to rebuild careers and start afresh.”

The increase in female representation has been notably higher in sectors that already had higher gender parity such as corporate services, education, healthcare, media, and communications. Female representation grew 8 percentage points on average, in contrast with a mere 4 percentage points for industries that started out with lower gender parity such as consumer goods, finance, manufacturing, and software.

Prior to the pandemic, the number of women entering the workforce in the Middle East region was steadily increasing. In the region, just five per cent of CEOs of leading companies are female and women in senior management totalled 29 percent in 2019 – a reasonably good representation of what should relatively be much higher. A 2019 report from Oliver Wyman shows that globally, women hold 20% of positions in executive committees and 23% on boards, but that only 6% of CEOs in financial institutions are women. However, the Middle East — traditionally one of the most challenging regions for female leaders to scale — bucks the trend with women gradually being assigned to leadership positions within the financial sector in the region. The growing number of influential women in Middle Eastern finance includes those working in banks, investment firms, financial law, and consulting companies.

Current challenges of the pandemic aside, it is likely that in some -if not many of these cases- most of these successful women have had to battle social prejudices along their career path to the top. As female participation in the sector increases, and as their roles grow in importance, the need to mentor them along their journey becomes even more important. Mentorship cannot be piecemeal or sporadic. It needs to be institutionalized. Programs that enable the growth of women in finance from middle to senior management ought to be in place during what stands to be a critical point in women’s career when they need additional support to make the transition. Men and women industry leaders – specifically those who have been amply supported throughout their own journey – have a significant role to play in increasing mentorship and coaching programs to empower their female colleagues to grow.

While companies need to focus on more affirmative action to ensure gender equality; whether through quotas or special recruitment programs for women, they also need to pay more attention to how women can be mentored better to keep pace with new and emerging requirements of the industry. Given the changing nature of the finance function – its growing confluence with digital technologies on the one hand and its increased focus on providing operational and strategic guidance on the other – poses functional and work-related challenges to women in the finance function. What the pandemic has shown is that women with digital skills, including those related to disruptive technologies such as artificial intelligence and robotics, have weathered the pandemic better compared to those with basic digital skills. Such successful outcomes make the case for programs that are structured in a way that allows for women to continually upskill and re-skill themselves.

The increase in numbers of women embracing senior leadership roles in the region is reflective of the ambitions of the Gulf countries that are eager to revitalize their economies and stay a step ahead of shrinking oil revenues. Though the women who are ambitious, entrepreneurial and confident, represent the minority, their continued success will help to level the playing field and pave the way for more women to embark on career paths that lead to the top.

Increasing opportunities for women to advance to leadership roles in the organization begins with understanding the internal pipeline to identify barriers and obstacles to advancement and in turn establishing measurable goals for building equity. As businesses and the finance function in particular transform, mentorship programs will lead to facilitate better growth, adaptability, and innovation in favour of women in the workplace.

And it is much needed – let us not forget that women leaders are not just good for business but also fundamental to building more sustainable, self-sufficient, and increasingly shockproof economies. As a study from SMP Global Market Intelligence found – companies with female CFOs and CEOs are more profitable than those led by men. Women led companies generated $1.8 trillion more in gross profit than the sector average. This is a great incentive to encourage organizations to put forward more structured efforts towards mentoring women and helping them to grow, as a means of achieving sustainable long-term organizational growth and success.