Diversity is no longer only about gender balance and respect for race, religion, or ethnicity; it is really about evolving into a diversity of thought. A progressive mindset that actually pays off in business performance. 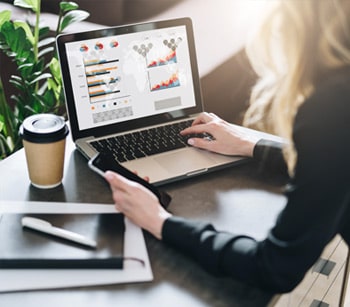 A study conducted by Boston Consulting Group found that companies with higher than average diversity in their management teams reported innovation revenue at close to 20% higher than their below-average counterparts. So, it is in fact, great for business. The truth is that women bring a different perspective and experience to the table! Their approach and understanding of business are fundamental to success and creation of high-performance workplaces. Here’s why.

Beyond the enormous role diversity plays in attracting and keeping new talent; according to a S&P Global Market Intelligence study, within the first two-years of appointing female CFOs, companies saw a 6% increase in profits and 8% better stock return. Even though men outnumbered women in the CFO job by about 6.5 to 1, the study found that these women brought in $1.8 trillion of additional cumulative profits in comparison to their male peers. For example, a company with a female CFO generated over $200 million in profits, which was almost $30 million more than the $175 million average produced by other peer companies.

Having said that, female CFOs have historically occupied less positions in fortune 500 companies. Just two years back, there were less than 65 female CFOs in fortune 500 companies, globally. This female CFO shortage is part of a wider gap of female senior financial executives. In general, many women do not reach the types of leadership positions that serve as stepping-stones to that corner office. The women who do manage to become executives tend to be relegated to roles in HR, Marketing, or Sales. This is certainly alarming, especially when considering that in the US alone, more than 50% of bachelor’s degrees in accounting are held by women. According to US Bureau of Labor Statistics, over 60% of accounting and auditing positions are held by women. But, for some reason, this early career majority does not translate into a C-suite positions.

Another Harvard Business School report states that, globally, women in venture-capital and private equity companies, barely held 9% and 6% of senior positions respectively. Similarly, in hedge-funds that number dropped even lower, to a mere 3%. How ironic is it that these figures are so low in spite of women receiving the majority of college degrees in finance! A Glassdoor study points out that men acquire over 61% of degrees in finance and are the ones whose careers progress much further. Could low job satisfaction or professional vs personal life, be the reason for scarcity of women in top financial roles?

A National Bureau of Economic Research study from Denmark, published in the CFO, identified a couple of reasons for women falling behind in their career. Apparently, even in progressive countries, at the peak of their careers, women tend to spend more time raising their children. As a result, they work fewer hours, take longer breaks from employment and are more likely to move into less demanding jobs that have lower growth and less pay. It is no wonder, countries like Finland are imposing paternity leave as a means of giving women a break! This surely places the responsibility on companies to imbibe a flexibility quotient in their work-cultures so that interested and deserving female candidates are given the opportunity to move on to the next level.

Organizations, globally, need to collaborate to create an enabling environment that allows women to explore their true and untapped potential. The workforce must be reflective of the diversity that exists within its population. Fast-growing industry segments, such as finance, are a storehouse of opportunities. Having said that, women have made slow but steady progress over the past decade. Back in 2006 women held only 6.8% of Fortune 500 CFO positions. With gender equality – a common factor in corporates today – it is time to stop imposing on women to adapt to the patriarchal workplace, and time for the workplace itself to evolve and own up to the task at hand.