Do CFOs Make the Best CEOs?

Not many are aware that Indira Nooyi – one of corporate America’s long serving CEOs and an Indian American business leader was interestingly the CFO of the company before she bagged the CEO job. She joined PepsiCo in 1994 and worked her way to CFO, a position given to her in 2001. 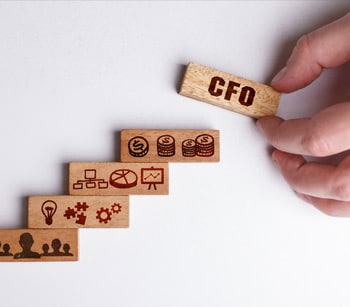 In 2006, she was appointed the fifth CEO in PepsiCo history, a title she had for 12 years until she stepped down in 2018. Nooyi is one of the few and notable cases of a CFO making it to the top job.

Unfortunately, Nooyi’s case is more the exception than the rule. CFOs who believe that becoming a CEO is their next logical career step may very well find that the odds are stacked against them. The numbers speak for themselves: A Korn Ferry analysis of sitting CEOs in the global Forbes 2000 revealed that only 13% of them moved into that position from being CFO. Another survey of 675 companies among the Fortune 500 and S&P 500 showed that only 6.9% of sitting CEOs were drawn from the CFO ranks in 2018, a small uptick from the 5.6% in 2012.

Until well into the start of the new millennium, CEOs of B2B firms were more often than not picked from leaders with a strong operations, engineering, or technical background while CEOs for consumer-facing firms came with a strong marketing or sales background. It was rare to see CFOs make the cut. Speak to corporate leaders across the spectrum and one discovers that a key thread that binds all successful CEOs is an active synergy between left and right brain thinking – the amalgamation of creative and non-linear (right brain) thinking with rational and linear (left brain) use. Traditionally, because of the very nature of their roles, CFOs have had to be very left-brained in their approach. However, that is changing. Cut to the present and CFOs are spending significant time addressing issues totally removed from figuring out the next quarter’s P&L numbers. Consequently, promoters and boards of directors are now increasingly viewing them as major contenders when it comes to taking the helm of their companies.

According to a study by Stellar Search, a global advisory and executive search firm, the trend of CFOs being considered for the role of CEOs is now on the rise because of their ability to not just interpret numbers but also because of their growing ability to understand the finer nuances of business. This includes disparate issues linked to a wide variety of business functions including strategic leadership, performance management, policy regulation, stakeholder management, corporate communications, digital technologies like big data, and analytics among others, according to the findings of the survey. The report also highlights that in India, promoters are quite comfortable with the idea of the CFO acting as the de-facto CEO.

This marks a major divergence from the norm with MNCs, who still prefer holding onto the conventional paradigms of succession planning. A case in point is the U.S. sports apparel company Under Armour that is in the process of choosing its global CEO. It finally chose to elevate its COO to the CEO position – a clear reflection of the premium that some businesses place online operation experience.

Undoubtedly, CFOs have to rise to the challenge to be considered for a CEO job and transformations have to be made inside companies amid this more complex business environment. And just about every challenge we could have thought of now pales into insignificance, given the unimaginably disruptive impact of the COVID-19 pandemic. The challenges which lie ahead for CFOs around the world will be unprecedented. From widespread supply chain disruptions, large scale layoffs, to dealing with the possibility of a prolonged recession; finance professionals, more than anyone else, will need to contend with enormous pressures on their bottom lines – and a corresponding need to answer to anxious board members and shareholders. This is both an opportunity and challenge for CFOs to step into the limelight and test their strategic management skills, like never before. The 2008 financial meltdown, which is where the trend of corporates encouraging CFOs to step up into a business partner role began, will in hindsight seem like a small blip, in comparison. Another irrefutable reason why CFOs are best placed to take the helm, amid the rough seas which lie ahead.